Note: the text of this article is not updated with the latest models. The data and charts in the spreadsheet are up to date - if you are looking for the new models view the source-data spreadsheet. It's been updated on 2023-01-13

If you plan to run a VPN server/client on your router or IPS/IDS software, you may be interested in exact CPU performance before making a purchase. For that reason, we have executed a CPU benchmark on all routers offered in the store.

The following commands have been executed to measure raw CPU performance. Note, we measure 1 thread, 2 threads, and 4 threads.

And these commands were executed to measure the encryption/decryption performance.

The raw results are available in the text file, but that's a little dry to read and analyze so here's a read-only google spreadsheet with the data and charts https://docs.google.com/spreadsheets/d/1kbNbFivVorgUQsrLl_fVUkrCqesYnC0Hm8hY-Ft7n8s/edit?usp=sharing

The single-thread performance is essential for applications that can't take advantage of multiple CPU cores. For example Snort is single-threaded. 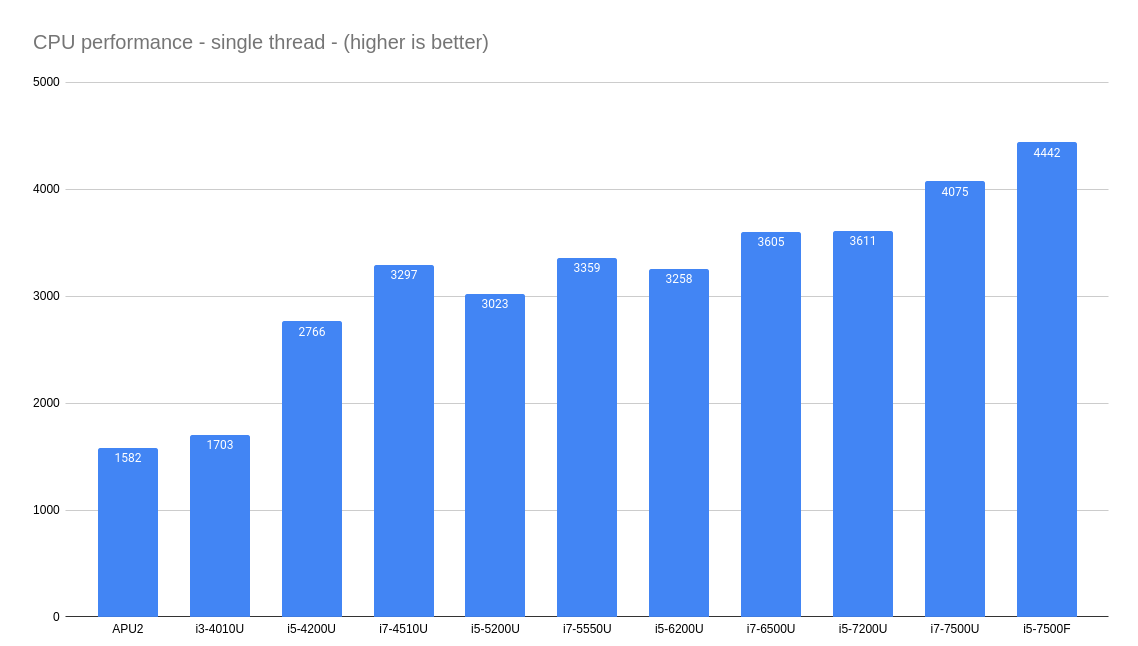 i3-4010U is just a little faster than APU. i5-4510U has roughly double single-thread performance of APU in single-core.

It's interesting that the most powerful router we sell is only about 4x more performant than APU in a single-thread CPU test.

Multiple-core performance is important for applications that are multi-threaded such as Suricata or Wireguard VPN. As mentioned earlier, it also helps with routing multiple TCP connections concurrently. 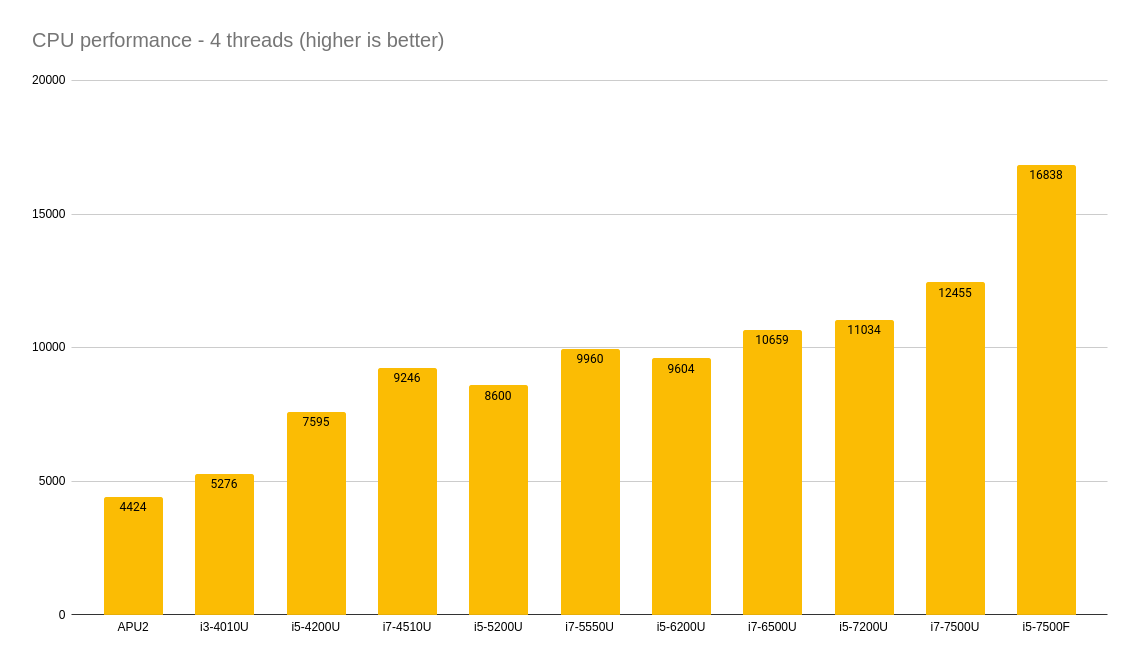 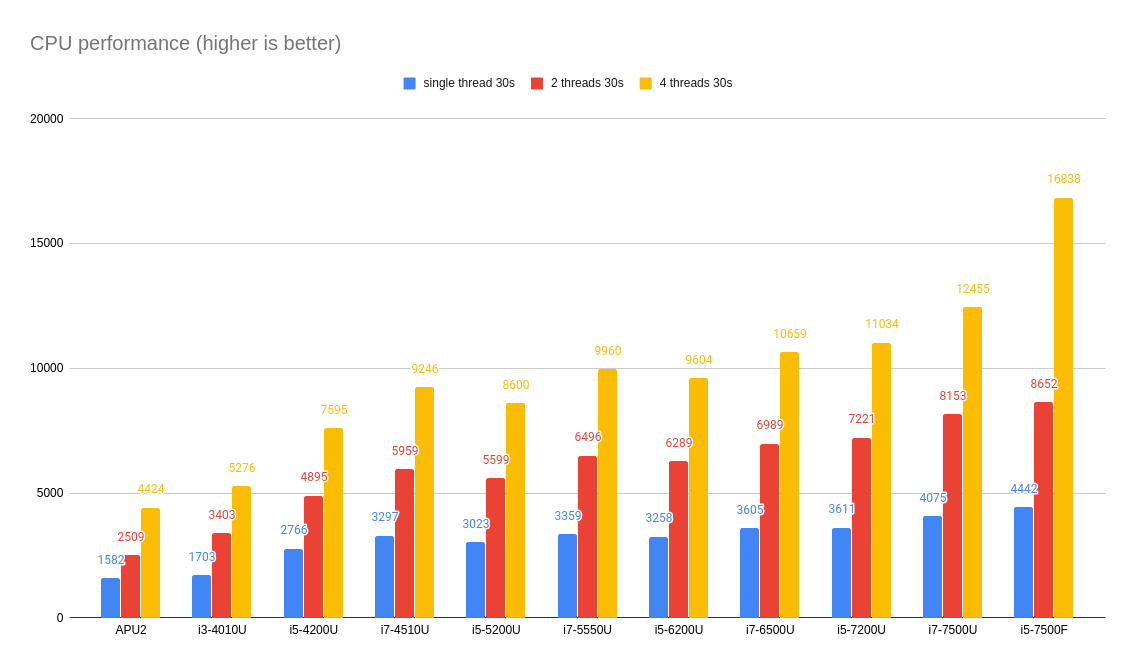 I was a little surprised about how good APU routers compare to the more expensive and more power-consuming CPUs. More about this in summary.

All CPUs have AES-NI support, so the encryption/decryption should be relatively fast. Let's compare two popular algorithms AES-CBC and AES-GCM. 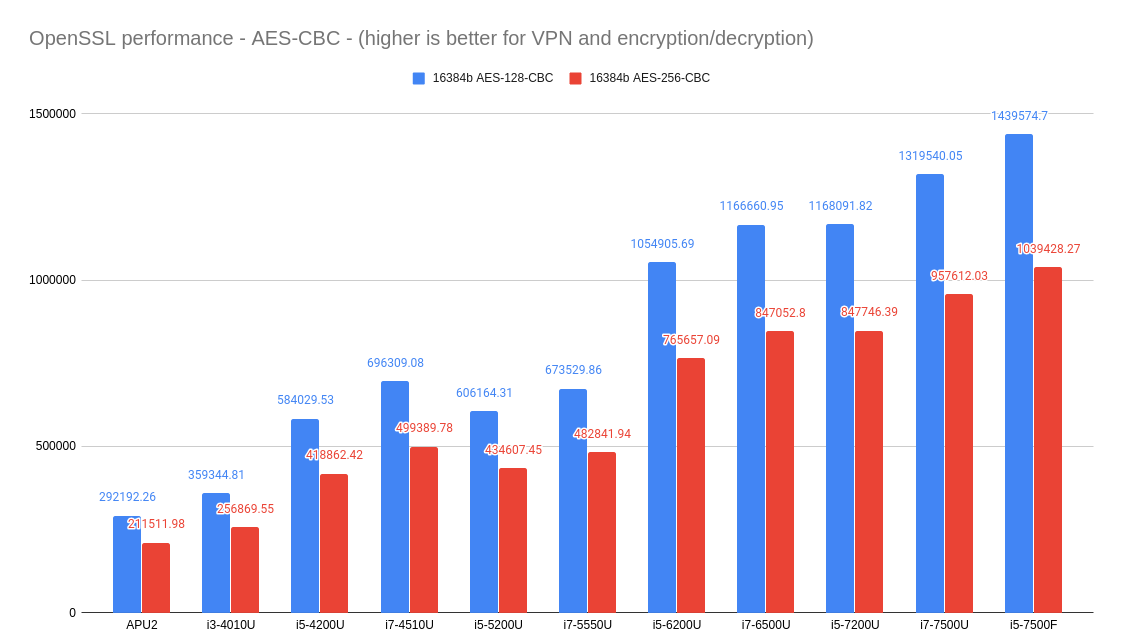 The performance scales roughly with the price.

AES-CBC is an older, less performant algorithm. It's also less secure than AES-GCM, so we should not pay too much attention to these numbers, as everyone is encouraged to use AES-GCM these days.

I expected the AES-GCM test to be proportional to the CPU test, but that's not the case. Intel CPUs have much better AES-GCM acceleration than APU. 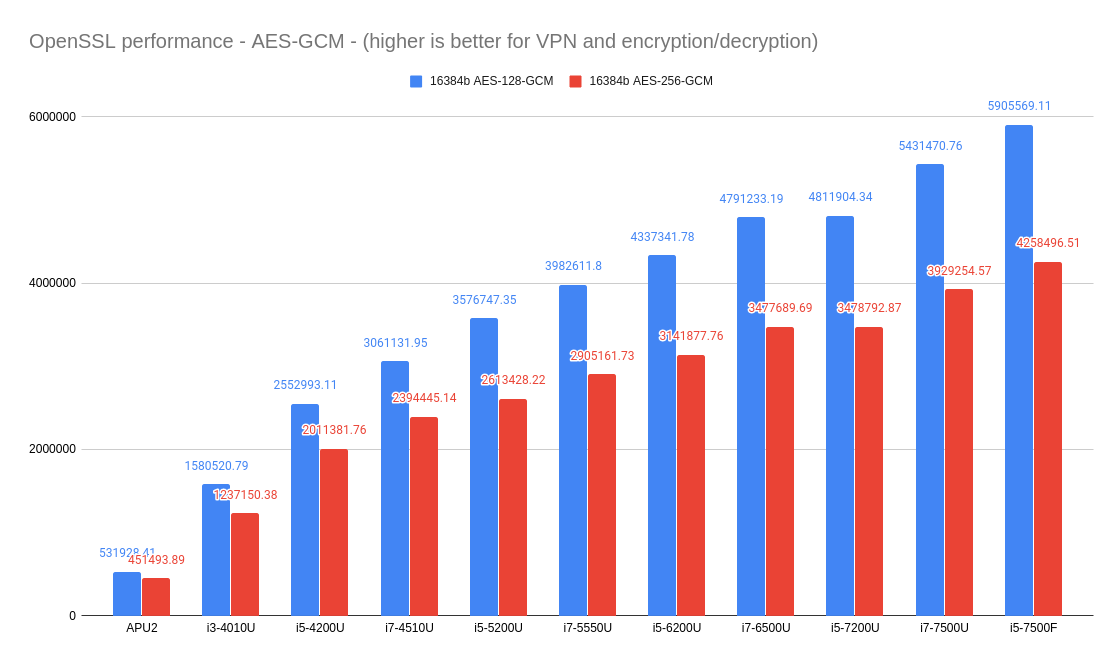 The data clearly shows that TLSense routers are much better at VPN and other cryptographic operations than APU.

APU2 can achieve roughly 140Mbit/s throughput on OpenWRT with AES-128-GCM. 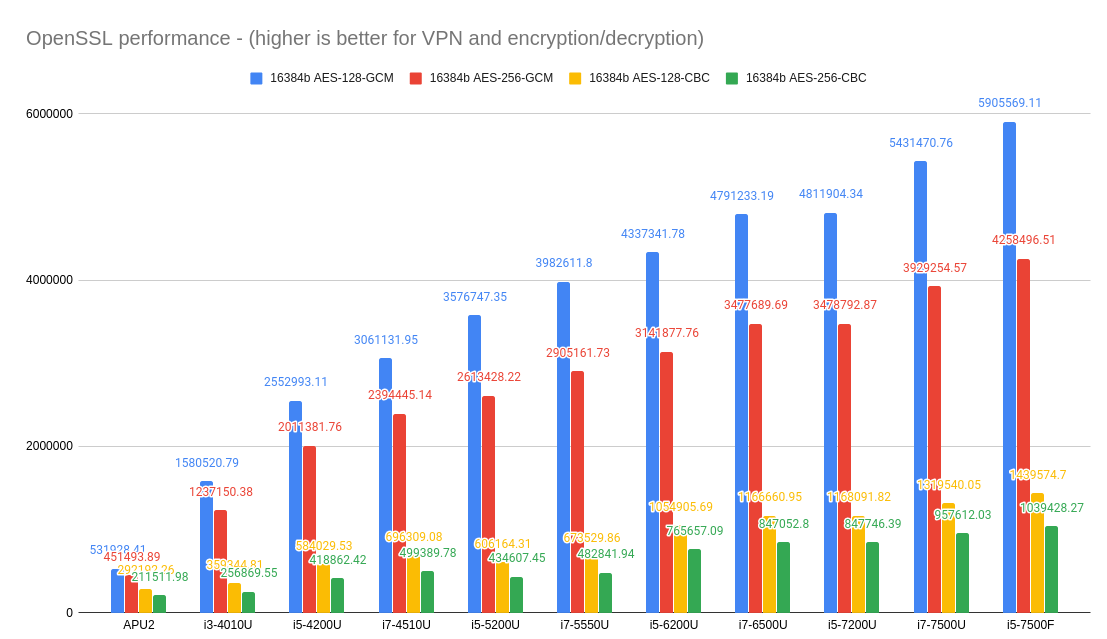 Power consumption is an important factor for devices that are always-on 24/7/365.

All routers offered by us have efficient, low-power CPUs. 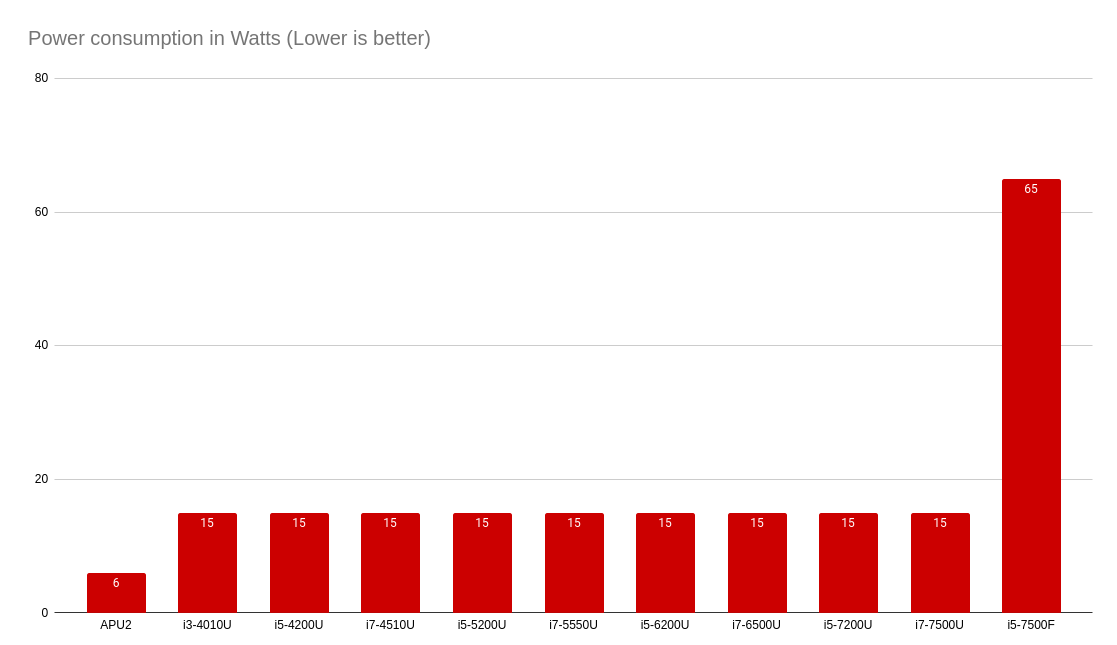 i5-7500F has a desktop-class CPU which makes it more energy hungry.

Assuming that the router is operating around the clock, Passively cooled TLSense devices will consume 131.4kWh/year while APU consumes 52.56kWj/year.

APU routers have less horsepower than TLSense routers, but that's not surprising.

With the power consumption and price in mind, APU routers compare very well for every-day routing needs. Most users don't run a VPN client or IPS/IDS software on the router. For those users, APU will perform just as well as TLSense.

IPS/IDS and VPN are where the TLSense routers shine. Here the performance is 400-800% better than APU.